Today’s mailbox, owned by Carl Wood, patiently awaits your letters at 672 Maple Valley Road in the town of Coventry in the state of Rhode Island, USA.

Judging by the size of his mailbox, either some of the die cast cars are nearly life-size or many of his fountain pens are oversize: 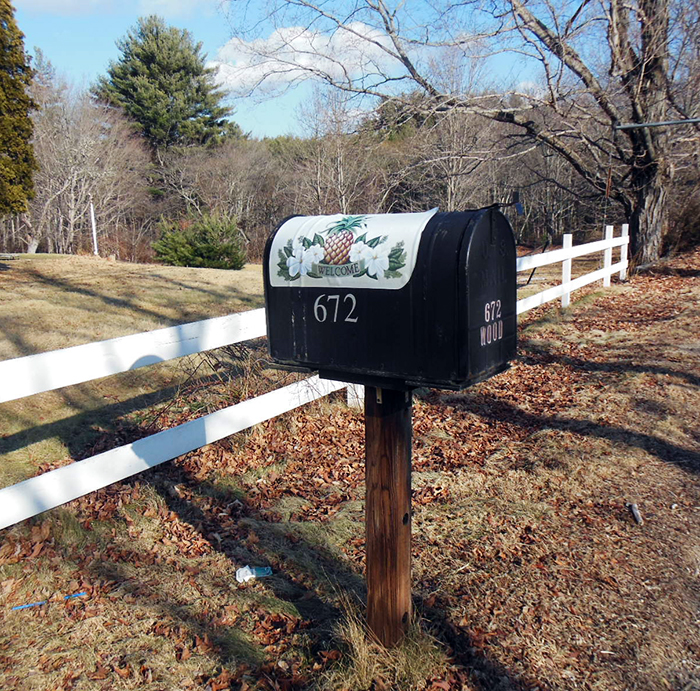 InCoWriMo starts in two days! Carl has taken The Pledge. Have you?

Carl would love to receive your InCoWriMo cards and letters:

Sidebar: Being from the left coast, I find ZIP Codes that start with a zero fascinating.