InCoWriMo Day 26! The end is near… and I’m going to miss this adventure.

First up today is letter from Liv in Paris to Stephen Brown in Holland by way of FPGeeks in California. Before forwarding the letter I had to snap a photo of the stamp. The world needs more stamps like this. Liv and France, merci beaucoup! 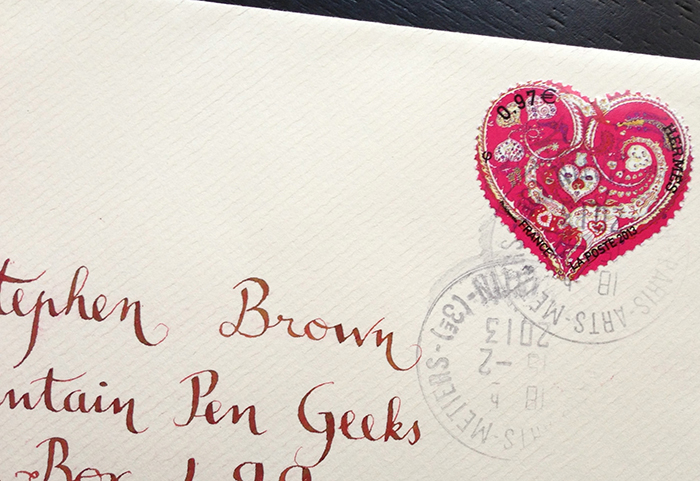 Azizah sent me an InCoWriMo letter and included an amazing treat – made with each of the known iroshizuku ink colors: 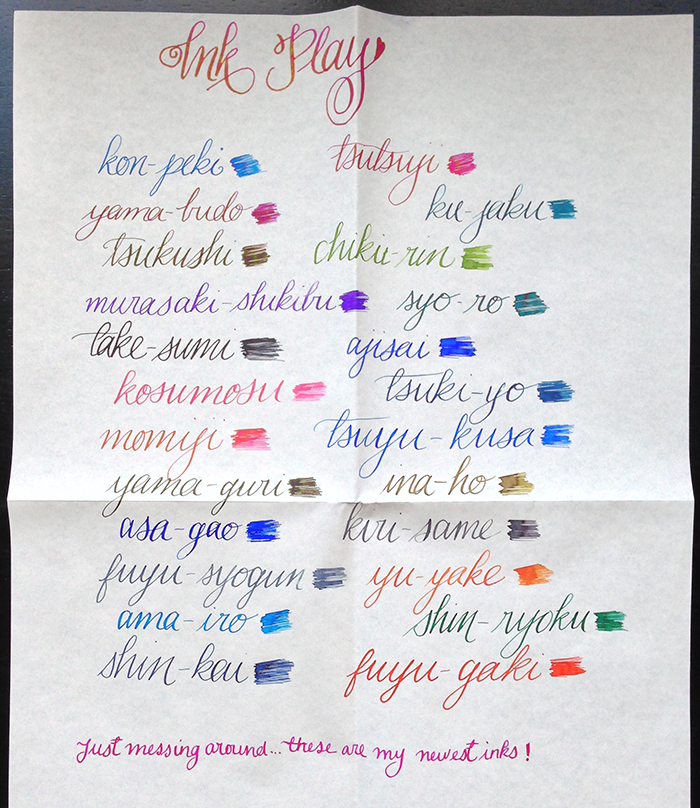 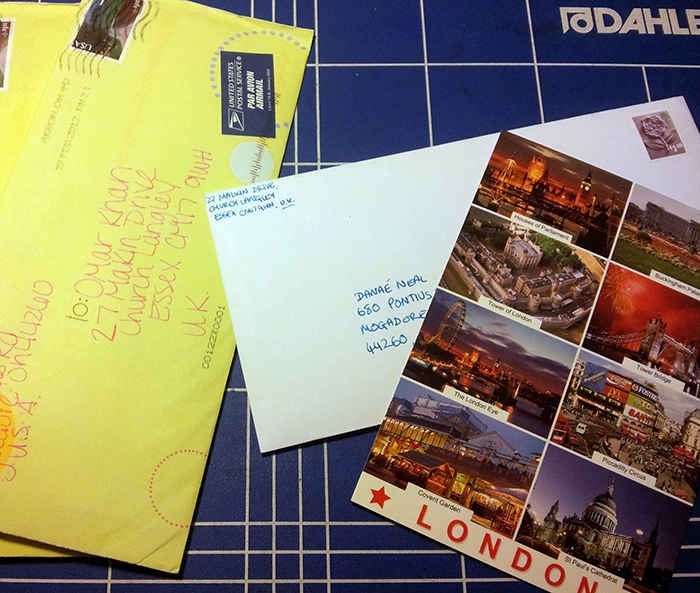 Bohemond shares a picture of incoming mail on the left and outgoing on the right: 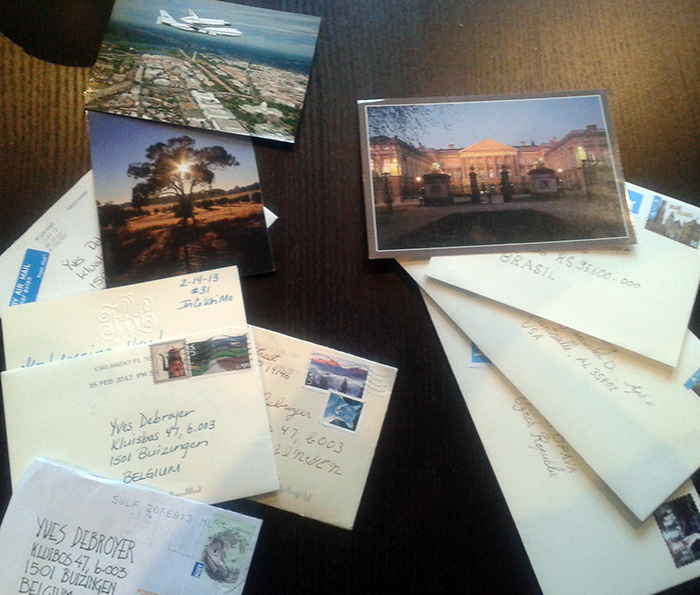 And PostMuse shows us not only the Harry Potter stationery that she enlisted for some InCoWriMo letters, but also the dip pen responsible for her permanently stained fingers. Ah, dip pens! 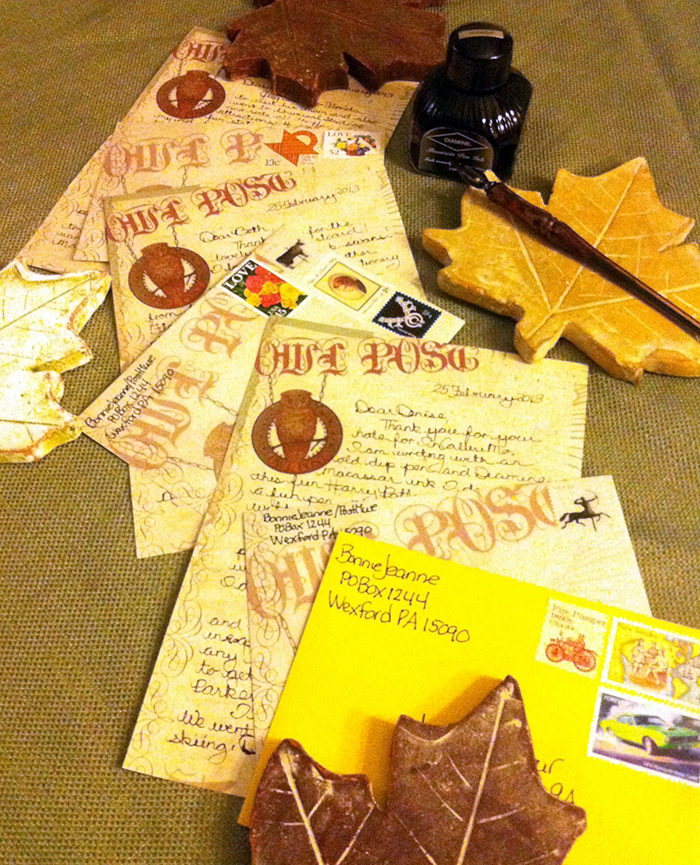 Having had the privilege of sharing so many InCoWriMo photos this month, a question has popped into my head: How much postage was used by InCoWriMo as a whole? An exact answer would be elusive, but I’m sure that postal services the world over are appreciative.

Photos for sharing can be sent to eric @ fpgeeks.com.