InCoWriMo Day Two and there’s no stopping us!

This is how it’s done: 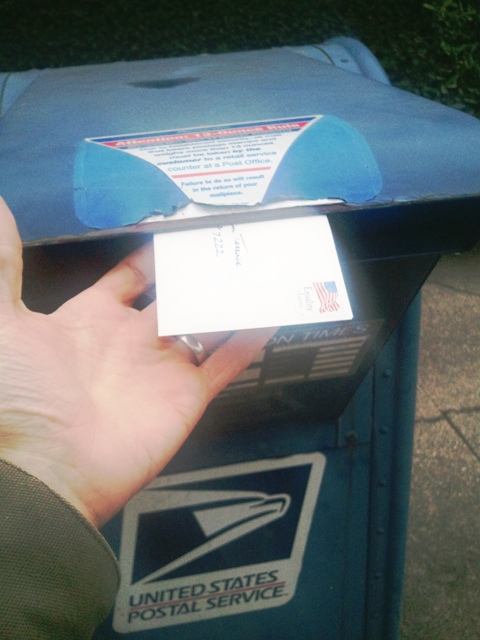 Kudos and thanks to Tiffany and her high school English class: 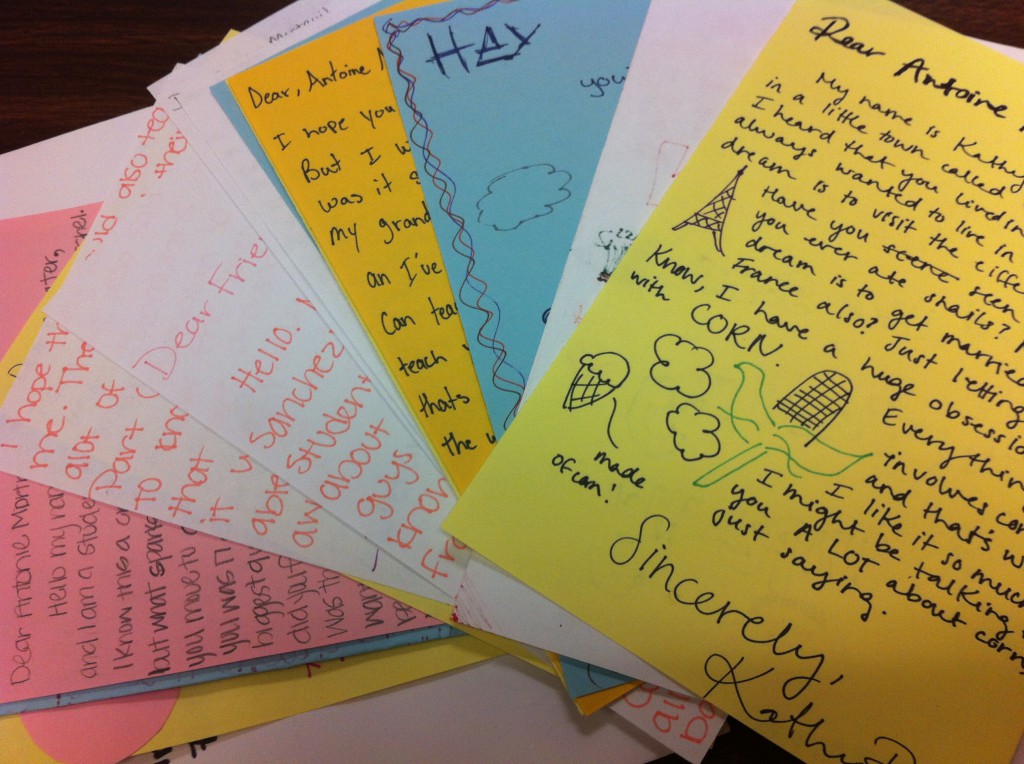 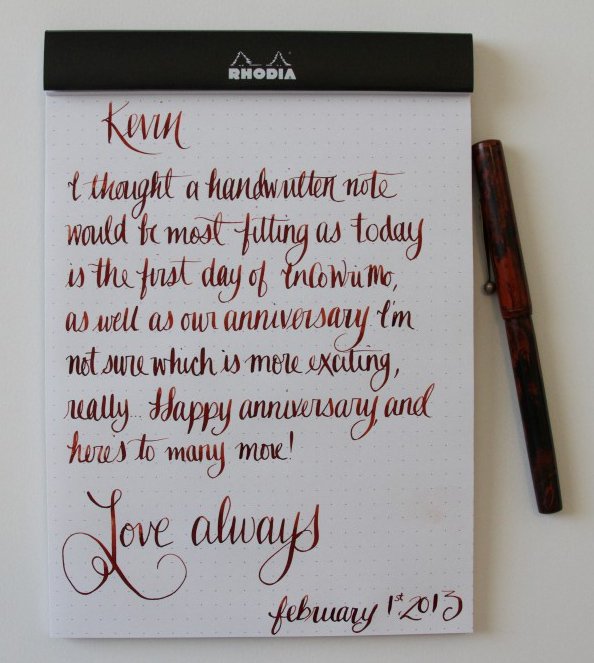 And a letter to all InCoWriMo participants – from Singapore: 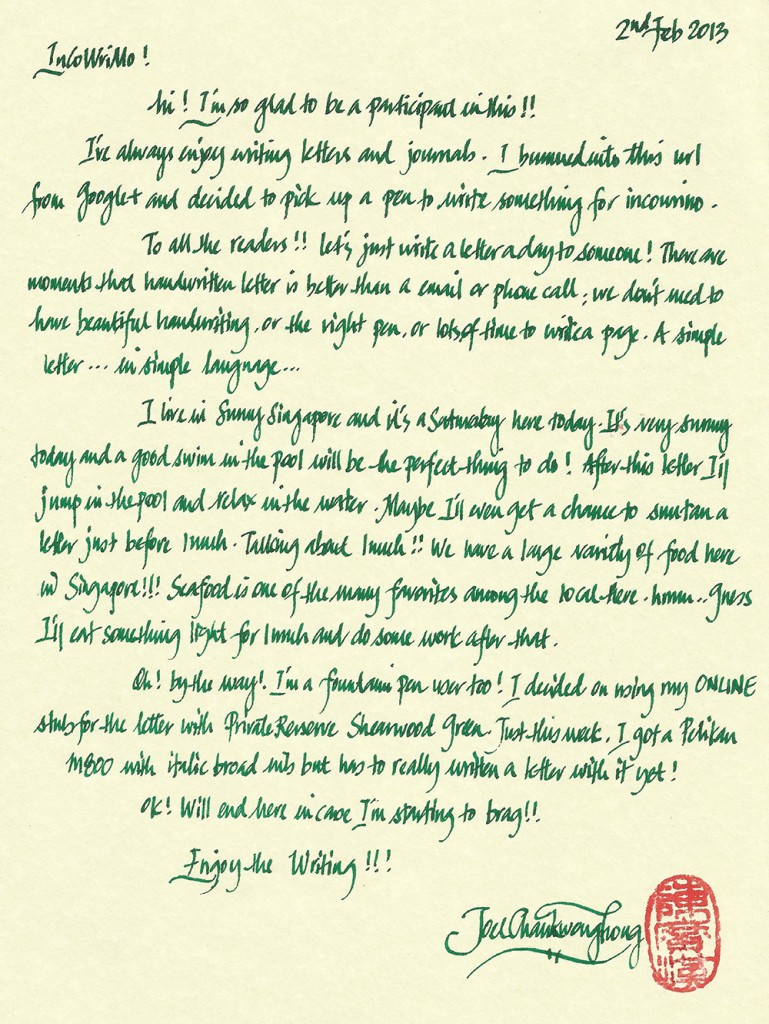 Sara from Guadalajara is killing two birds with one stone, her first InCoWriMo letter is also her entry to the February Month-Long GiveAway at FPGeeks: 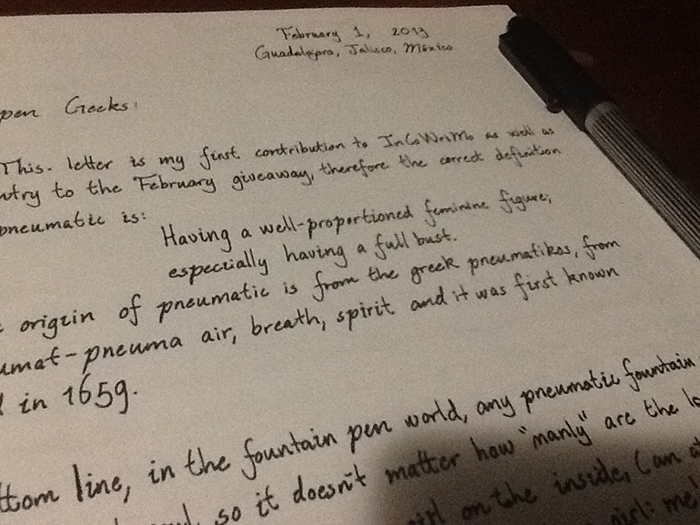 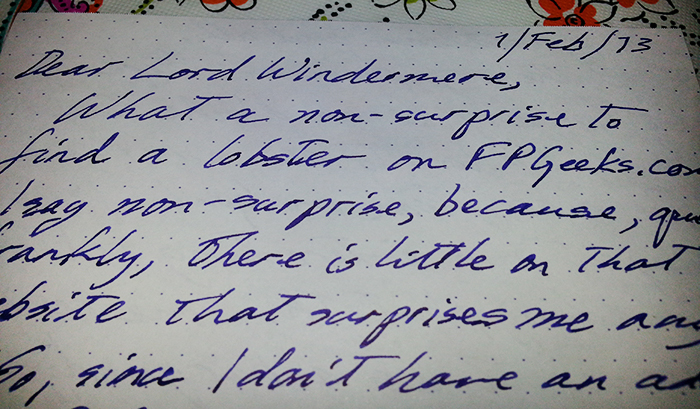 And PostMuse just can’t be stopped: 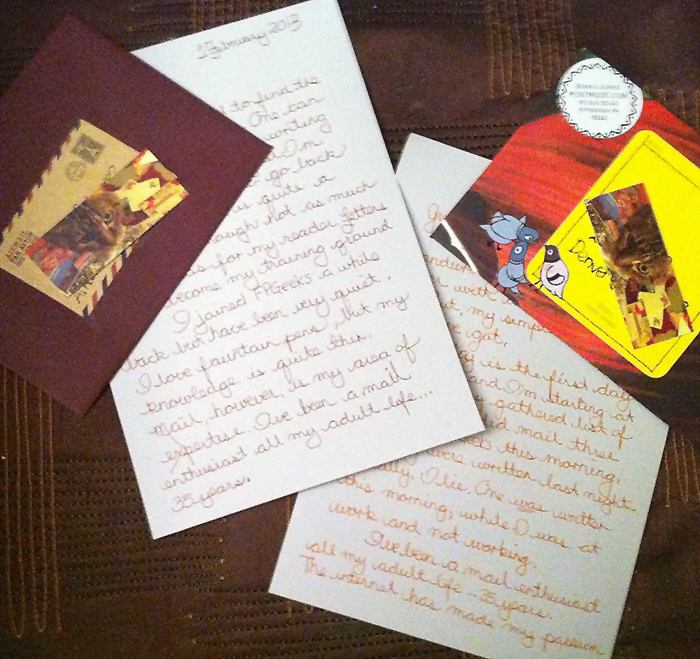 Keep on InCoWriMo-ing and keep those pictures coming: eric at fpgeeks.com